Work on the addition of substances to the asset pack has been challenging. Substance Designer, as I’ve previously stated, is very powerful. Furthermore it is a great thing to be able to put a range of customisable options in the hands of the end user. The reality, for me (the dev), is that all this power takes a bit of wrangling to get right.

Substances can be complex. The more complex they are usually points to how customisable they are, and thus how useful. The complex the beast, the more fragile it becomes. For example, I have now discovered that I need to avoid using some of SD’s new node features (version 5) if I am to use published substances in Unity 4.x. That’s not too bad. It amounts to about four new blend node modes. No big deal, I just wish I had known that instead of having to ‘discover’ it when my substances wouldn’t import.

Rather more serious is the fact that it appears that even with my deprecating some SD features I cannot use them in my original target Unity base version – 4.3. They flat out refuse to import. Version 4.5 of Unity, however, works fine. So I am faced with the decision of having to drop support for Unity earlier than version 4.5, which is a great shame. It could also lead to problems for some of my customers.

If any of you happen to be using the assets in Unity in a version under 4.5 then please let me know and I will try and work something out for you.

In the mean time here’s a shot of the barrel getting some substance wear and tear in Unity 4.5 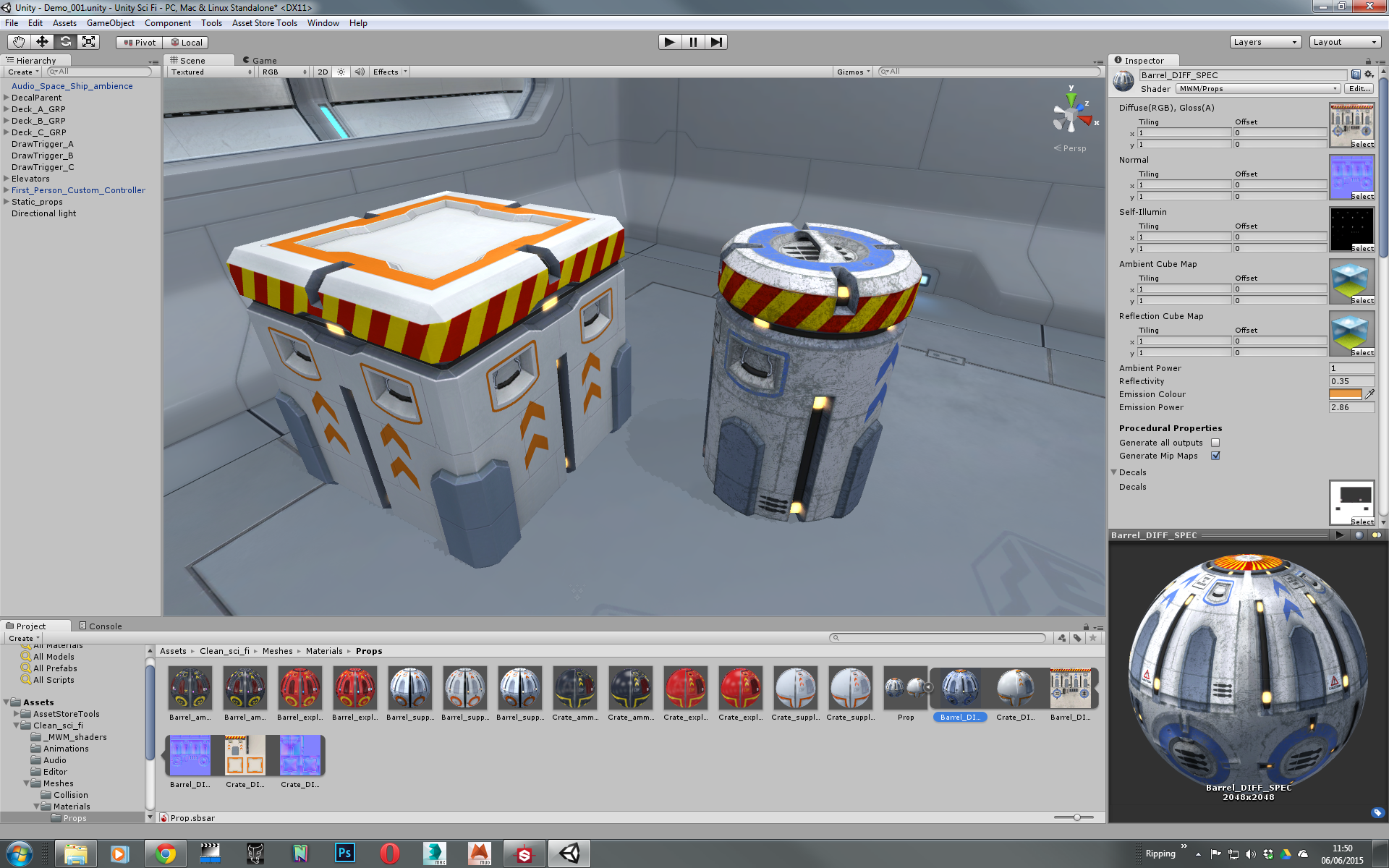 Much head scratching
Clean Sci Fi gets down and dirty